What Is The UCAT Verbal Reasoning Section? 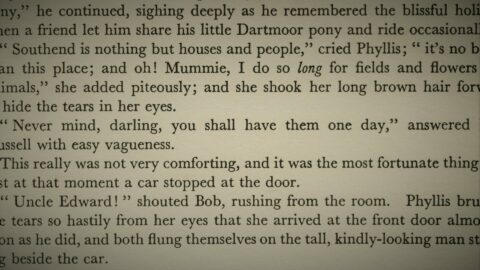 See our main guide on the UCAT

The “Verbal Reasoning” section is the first of 5 UCAT subsections. You might think the title of the section is a bit of a misnomer, as instead of assessing your ability to understand spoken language, it’s all about understanding the written text. For each question set, you’ll be given a short text along with 4 multiple choice questions associated with that text. The UCAT verbal reasoning section is assessing your ability to quickly absorb the key details from longer texts and apply the knowledge you’ve garnered. It is one of the most time-pressured sections in an already speedy exam. It’s also the section that most people score the lowest on, so don’t neglect it in your preparation!

🔍 Skip ahead to the following sections:

Verbal Reasoning is the first section of the UCAT and lasts for 21 minutes. You will receive 11 question sets. Within those question sets are one body of text around 200-300 words long and 4 multiple-choice questions. that’s roughly 2 mins per question set. It’s generally advised to spend at least one minute reading through the text, giving yourself as much space as possible to take in the passage before answering the questions.

There’s a fair bit less variation in the question style for verbal reasoning as compared to other UCAT sections. The multiple-choice questions can come in two styles:

Because there’s less variation, it’s much easier to get into a rhythm with verbal reasoning than in other sections. However, it’s also probably the most time-pressured of sections. Get into that rhythm quick! The more practice you get, the easier that will be to do.

I’ve seen a general split in opinion on tactics when it comes to verbal reasoning; some people like to go real slow with reading the question text, then quickly answering each of the 4 questions per set. Others like to read the question in front of them first then skim the text for the relevant section. Personally, I favour the first option as it gives you more time to understand the context of the text and be armed to answer any question they throw your way. Ultimately though, it probably depends on the question in front of you as to which tactic is better. Try to find your own way of doing things!

✍️ This resource was written by

This website uses cookies to improve your experience while you navigate through the website. The cookies that are categorised as necessary are stored on your browser as they are essential for security and the basic working of the website. There are also "non-necessary" cookies, however this site does not use those as it neither stores your data nor tracks user engagement.

From time to time, we may also use third-party cookies to help us analyse and understand how you use this website. These cookies will be stored in your browser only with your consent. You also have the option to later opt-out of these cookies but doing so may affect your browsing experience.

Necessary Always Enabled
Necessary cookies are absolutely essential for the website to function properly. This category only includes cookies that ensures basic functionalities and security features of the website. These cookies do not store any personal information.
Functionality
Functional cookies help to perform certain functionalities like sharing the content of the website on social media platforms, collect feedbacks, and other third-party features.
Analytics
Analytical cookies are used to understand how visitors interact with the website. These cookies provide information that helps to improve the content displayed on this site: the number of visitors, bounce rate, traffic source etc.
Advertisement
Advertisement cookies are used by Google to provide visitors to this site with relevant ads and marketing campaigns elsewhere. These cookies track visitors across websites and collect information to provide customized ads.
Other
Other cookies are those that are being analysed and have not yet been classified into a category. We still wanted to let you know about them, though.
Others
Other uncategorized cookies are those that are being analyzed and have not been classified into a category as yet.
SAVE & ACCEPT
Powered by